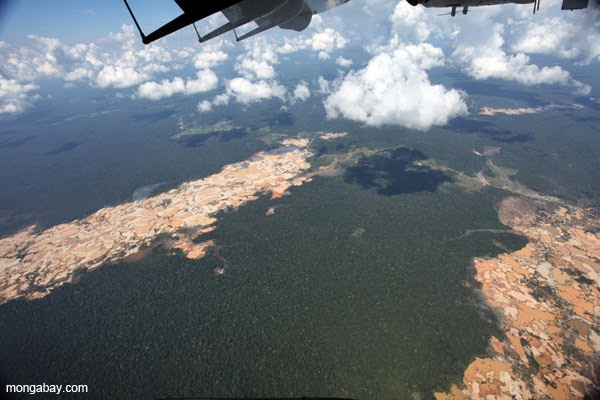 If you have any doubts about the catastrophic ecological damage illegal gold mining has inflicted on the Peruvian Amazon, or about the devil's bargain the work of ripping up the jungle floor presents to the country's poor, you should proceed directly to the Smithsonian Magazine website to read Donovan Webster's "The Devastating Costs of the Amazon Gold Rush."

Thankfully, the Peruvian government has already made headway in combatting the problem, and now has plans to monitor mining activity within its borders from space.


Peru has taken the battle against illegal mining into outer-space, using their French-built Astrosat-300 to carry out surveillance across the country.

The satellite is regarded a controversial purchase at US$213 million, as it has not been seen or approved by the Peruvian comptroller, and no preliminary reports have been done prior to buying the satellite and related infrastructure.