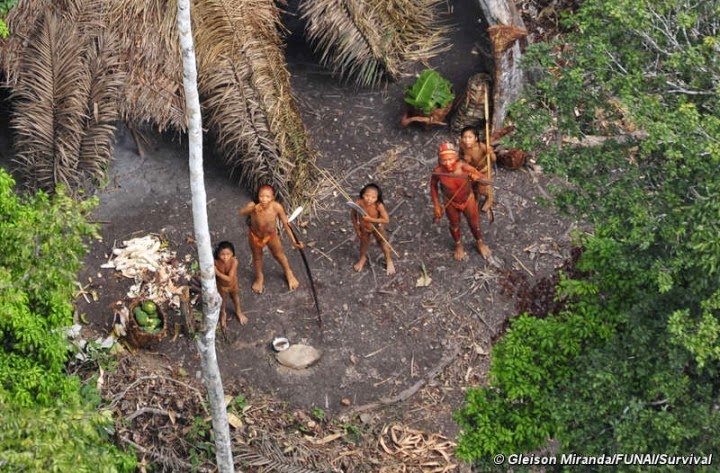 A storyline that's becoming tragically common: As economic forces penetrate and overwhelm the natural environment, they overrun the only remaining people who know how to live in harmony with that environment.


The Brazilian government has made contact with an Indian tribe in the Amazon forest near the border with Peru, for the first time in 20 years.

The tribe is believed to have taken refuge in Brazil after escaping Peru, due to illegal logging and drug trafficking, occurring in the country.

A spokesperson of Survival International, a London-based NGO, which advocates worldwide tribes' rights, told Vice that the group's name is unknown. It also unclear what language the tribe speaks.