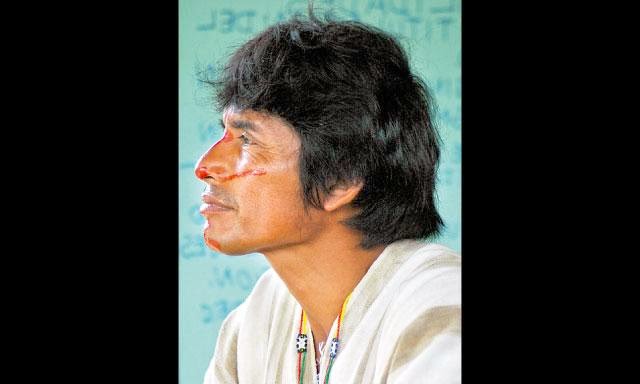 Indigenous communities of the Amazonian region straddling the border between Peru and Brazil lost an environmental warrior a few days ago. Edwin Chota, leader of an Ashéninka village of Saweto and noted activist against illegal logging on indigenous lands in the Amazon, was reported killed along with three others en route to a neighboring village. Authorities have not yet recovered the bodies.

Diego Leal and David Salisbury have published an important tribute to this brave man.


Chota dreamed of a borderland Amazonian forest with indigenous people thriving alongside the region's biodiversity. He envisioned a new generation of indigenous families living in peace while teaching others at the border how to protect and use the forest. In Chota's dream, Saweto would become a model indigenous community leading the way towards a more sustainable Amazon.